Emirati women leaders: how they did it – Fatma Al Jabri 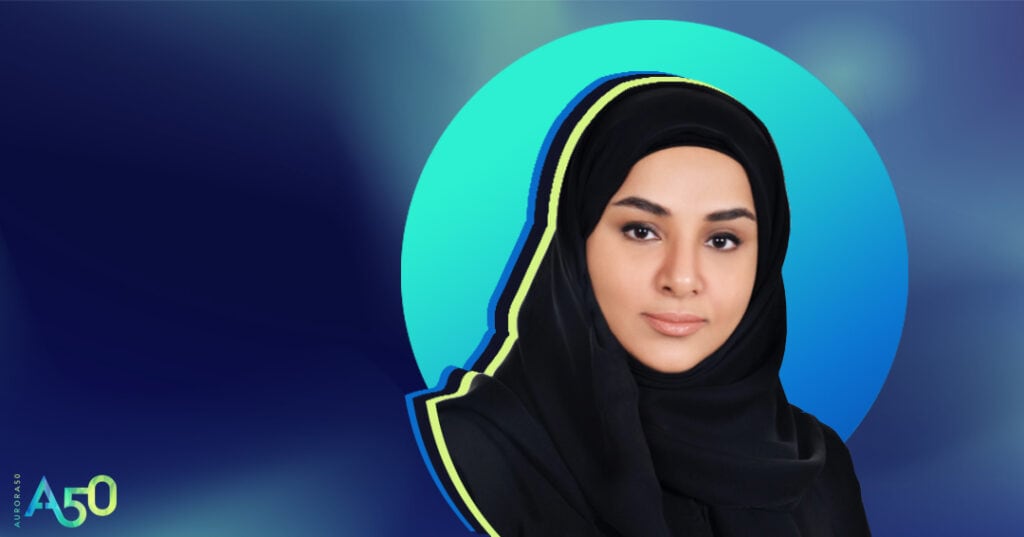 Ms Al Jabri is the assistant governor of financial crime, market conduct regulation and consumer protection for the Central Bank of the UAE (CBUAE). She has previously worked at Citibank, Dubai Bank, Abu Dhabi Islamic Bank, Ajman Bank and Dubai Capital Group and has a master’s in International Business Law from Sorbonne University Abu Dhabi.

I was born and raised in the UAE as part of a family of two caring parents and five siblings: I am the second eldest. My parents raised us to take responsibility for one another, as well as being accountable for our own behaviour. Those values have materialised in the way I handle tasks and how I deal with others at work.

Who most influenced you growing up?

I look to the Mother of the Nation, HH Sheikha Fatima bint Mubarak, an inspirational figure for all Emirati women. Her support and belief motivated many to work harder to build their capabilities, knowledge and confidence, to achieve success and actively participate in their communities.

What other training has been most useful to your career?

I believe learning is a never-ending process. A recent leadership programme has been highly beneficial in boosting my confidence and teaching me how to communicate better and influence others.

I began my career with Citibank as a management trainee. Within seven years I was heading the credit underwriting unit for the bank’s largest product at the time. Knowledgeable mentors were key to my progress.

Who has championed you along the way?

It is always useful to learn from someone else’s mistakes and successes, and I had excellent role models and mentors to support me throughout my career journey. They gave me positive and constructive feedback and the confidence to discuss ideas and understand what it was I wanted.

Do you mentor people yourself?

I currently mentor two young, ambitious UAE nationals. It gives me great pleasure to support others in reaching their full potential.

Which industries in the region do you think are doing the best at attracting women to senior roles?

The banking industry is committed to advancing female representation in leadership roles,  highlighted by the appointment of a female CEO [Hana Al Rostamani] to the UAE’s biggest bank [First Abu Dhabi Bank or FAB], in addition to a panel of capable women who head some of the nation’s most prominent financial institutions. [Such as Maryam Bahlooq as CEO to Emirates NBD’s Tanfeeth in 2017, Rola Abu Manneh as CEO to Standard Chartered Bank in 2018, and Citi’s Carmen Haddid and Elissar Farah Antonios, who were named vice-chair and head, respectively, of MENA operations in 2020.]

Do you have any regrets?

Throughout my journey, I have had many moments of tears and laughter, failure and success, criticism and support. I have learned that hard work pays off – not necessarily in the form of monetary gain. As I always say, no regrets.

What is your next career goal?

Success does not happen accidentally. It takes thorough planning and goal-setting to draw a roadmap to success. My next career goal is to play a key role in influencing the UAE and its people’s development, which fulfils my ambition of giving back to my country some of what it has given me.

What’s your most valuable skill?

I believe that perseverance has helped me tremendously in my career and got me past any roadblocks.

What will your legacy be?

I hope to be remembered as a hard-working, dedicated individual who worked passionately in service of the UAE and its people.

What do you tell the girl who wants to be a CEO today?

I would look to inspire them through Hana Al-Rostamani’s story. Her journey sets an example of how dedication and hard work will take you beyond your career expectations, regardless of gender. [Hana has spent more than 22 years working in banking in the UAE and internationally, and has been independent director at Du and vice-chairperson of the Emirates Institute for Banking and Financial Services (EIBFS).]

Where can we find out what you’re up to online?

You can follow my LinkedIn to keep up with my career developments.