Be seated: 10 UAE women board directors to know 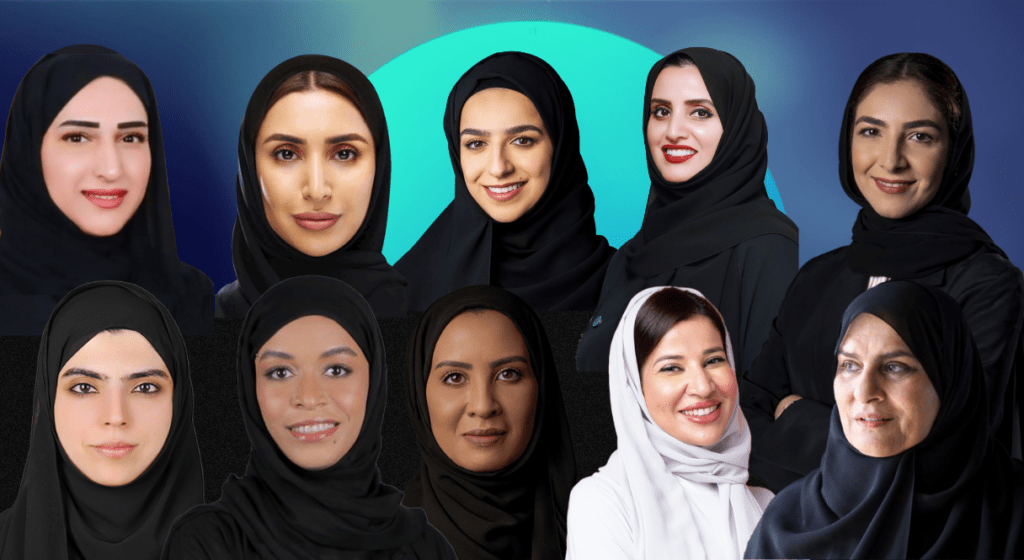 As the UAE celebrates Emirati Women’s Day, we highlight 10 women to know.

Each has a directorship with at least one listed UAE company board, most are independent directors (who have no ties to that company other than sitting on its board) and some have vice-chair or chair roles within boards.

In 2020, when Aurora50 began its work to help more women onto boards, that figure was 3.5 percent.

[Read our free research report detailing the five steps to take to map your journey to a board directorship.]

Read on to find out more about these 10 inspiring women (listed in alphabetical order):

Ms Al Ali became an independent board director at National General Insurance (NGI this year and is a member of their audit, risk and compliance committee, as well as being elected to the board of Emirates Global Aluminium (EGA) Singapore.

Having worked in the metals and mining industry for a decade, she is a senior supply chain manager for EGA, responsible for the procurement of alumina globally, having previously worked for Mubadala.

Executive vice-president of the FinTech Hive at the Dubai International Financial Centre and advisory board member of Dubai Chamber of Digital Economy, she also joined Deloitte as a senior advisor in 2021.

Additionally, she serves as a member of the Harvard Business School MENA Advisory Board and a member board of Trustees of Mohammed Bin Rashid School of Government.

Throughout her career, she has held senior positions at Dubai Holding, National Bonds Corporation and Dubai International Financial Centre (DIFC).

One of Aurora50’s Pathway20 alumna, Ms Al Fahim is a board director for Arkan Building Materials as well as a member of its audit and risk committee.

She has worked for Mubadala Investment Company for more than a decade and, for the past two years, has been its senior vice president of technology and tech-enabled services investments; she was previously vice-president of metals and mining investments.

She is also on the board of one of Mubadala’s mining joint ventures in Spain, Minas de Aguas Tenidas (Matsa), and chairs its audit and risk committee.

[Related: Spotlight: UAE’s listed companies with 20% women on board | Women on listed UAE boards: From 3.5% to 8.9% in two years, our research report shows]

HE Aarefa is an independent board director for RAK Insurance Company and a director of RAK Chamber of Commerce, RAK SME Association and the Emirates Sports and Cultural Association Insurance board.

She is a member of Aurora50’s invite-only Manarat club for regional women who are independent board directors.

Dr Al Gurg is managing director of the Dubai-based conglomerate Easa Saleh Al Gurg Group (ESAG) and was named its chair in 2022.

She is also the deputy chair and an independent director of the National Bank of Fujairah, a board member of the Dubai Chamber of Commerce and Industry and Dubai Women’s Association, and president of Dubai Business Women Council.

She took over the Al Gurg Group – one of the UAE’s biggest family businesses with 27 companies in its portfolio – from her late father and the group’s founder, HE Easa Al Gurg.

Her sisters also have large group roles: Muna Al Gurg is ESAG’s vice-chair and director of retail, while Maryam Al Gurg is a director at ESAG and member of its board of directors.

Dr Al Gurg is also on the advisory board of Coutts Bank, the wealth division of the Royal Bank of Scotland Group, and the board of trustees for the Mohammed Bin Rashid Al Maktoum Global Initiatives, one of the largest development and community foundations in the Middle East.

She is also chair of the board of directors of Al Jalila Foundation, a non-profit organisation whose mandate is to promote the UAE as a centre of excellence for medical research and education, and on the board of the Emirates Schools Establishment, an independent entity which oversees the implementation of policies, strategies and standards related to the education sector.

Dr Al Gurg ranks no.92 on Forbes’ 2021 list of the world’s most powerful women and first in its Middle East power businesswomen list.

She is also a board member at Cambridge Medical and Rehabilitation Center.

In her executive capacity, Ms Al Qasim has served as CEO of Digital14, leading over 1,000 staff in delivering cybersecurity and digital solutions.

Previously, she was a director of Mubadala Investment Company, focusing on Mubadala’s technology and industry portfolio.

In 2010, she became the first Arab woman to cross-country ski to the North Pole, unassisted, in a three-week expedition where she skiied for 14 hours a day, pulling her own 40kg sled of supplies in -30C temperatures.

[Related: Emirati women leaders: How they did it | Shining a light on the women of Manarat]

Ms AlQattan is group chief people and sustainability officer at Emirati multinational logistics company DP World, having been leading their ‘people’ function since 2017.

She is a non-executive board director of Abu Dhabi Islamic Bank (ADIB), Anghami and SHUAA Capital.

She is also an executive board member for DP World UAE region, DP World Yarimca (Turkey) and Hindustan Ports, and a member of the board of trustees at the Université Panthéon Assas in Paris.

A graduate of Aurora50’s Pathway20, she is on the board of Takaful Emarat after securing her seat in 2021.

HE Dr Aisha has been the vice-chair of Emaar Development’s board since 2020.

The former founding director general of Smart Dubai, she was the first woman to lead the transformation of a smart city globally and is considered an Emirati global ambassador for digitalisation.

Dr Bishr is also a board member at the Higher Colleges of Technology, UAE, and a member of the advisory board of the College of Computing and Informatics at the University of Sharjah, the University of Wollongong and the World Happiness Council.

She heads the Council of Happy Cities (part of the World Happiness Council), is the chairperson of the SDG 11 Global Council (for the UN sustainable development goal no.11, sustainable cities and communities) and is the only woman from the Middle East to be a member of the Gartner Global CIO Research Board.

She was a member of Emaar’s board committee until 2020 and a member of the board at the UAE AI Council, the Computer System Advisory Board and the Leadership Team for Smart Services and Digital Infrastructure.

Ms Suwaidan has been an independent board member at Dubai Electricity and Water Authority (DEWA) since 2021.

By day, she is the director of strategy and innovation and director general consultant at Digital Dubai.

She was previously director of projects and events and director of information technology at Dubai Culture and Arts Authority.

She has also worked in Dubai Aluminum (DUBAL).