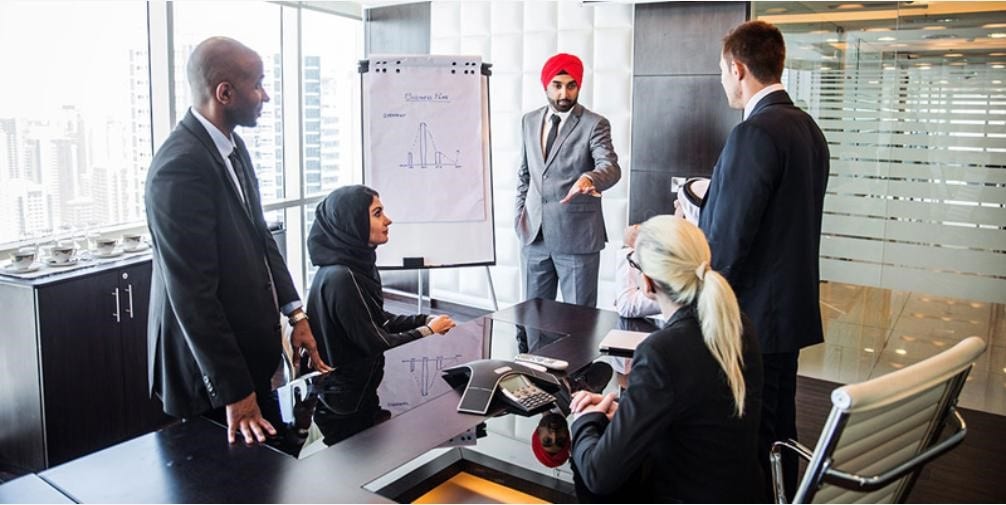 There is a clear link between female representation on corporate boards and better financial results, which the UAE leadership understands and is advocating for, said Aurora50’s co-founder.

The recent decision by UAE Securities and Commodities Authority’s to make female representation on listed companies’ boards of directors mandatory reveals the leadership’s belief in the importance of workplace gender equality to the nation’s economy, explained Wilde.

“This again is a very clear signal to the market that the government here completely understands the value that comes from having more female representation on the board and the importance of diversity at the board level,” she said.

“This is obviously very much driven by a business perspective and to ensure that we have a resilient and growing economy,” continued Wilde.

While the understanding is there and although the UAE is the regional leader in gender equality, ranking number one in the Arab world on UNDP’s Gender Equality Index, it is starting at a “relatively lower base” when it comes to women’s representation on board rooms, she explained.

“If you look at listed companies within the US or UK, they are significantly ahead and this is going to give them a significant competitive edge in the global world,” said Wilde.

“This is why there is so much drive to create this change to make sure we are creating these resilient and high-performance boards because it will have a dramatic impact on the GDP for the country,” she continued.

The challenge in getting more women on board has to do with the ecosystem itself, with female executives not getting enough visibility or access as their male counterparts, explained Wilde.

Because 70 per cent of UAE’s listed boards are all male, men spend more time with male directors and leaders, which makes it challenging to nominate women for boards, although many qualify, she continued.

“It is not as easy to come up with female names as it is to do so with men just because the ecosystem itself is imbalanced, so what we need to do is to develop those connections or networks to ensure that we rebalance the ecosystem,” said Wilde.

Wilde explained that Aurora 50 is doing so by helping women at the early stages of their board careers to connect with boards and male directors through several workshops over 12 months.

“This is how, over time, these female talents will be better networked with these male board directors which don’t just support bolstering the pipeline, it also fixes the issue of the ecosystem,” said Wilde.

While Wilde said quotas are controversial in general, she believes they work when coupled with good national leadership.

“The truth about quotas is that it has to coincide with the ambition of leadership and this is where the UAE has been doing so much for so long to support the development of the pipeline and ensure this change happens,” said Wilde.

“We see the UAE’s quota as a positive thing which gives us, and companies, the opportunity to really look at the nominations process,” she continued.

Ensuring that women are visible for board nominations remains the challenge, but the quota ensures that listed companies have no choice but to go through this exercise, said Wilde.

Although non-listed private-sector corporations are under no obligation to have women on their boards, Wilde said some of them are already doing so and others can learn by example.

“Because we see across the world that other private companies are really benefiting from having diversity, this should be a drive for businesses to increase the number of women on boards and within their C suite,” said Wilde.