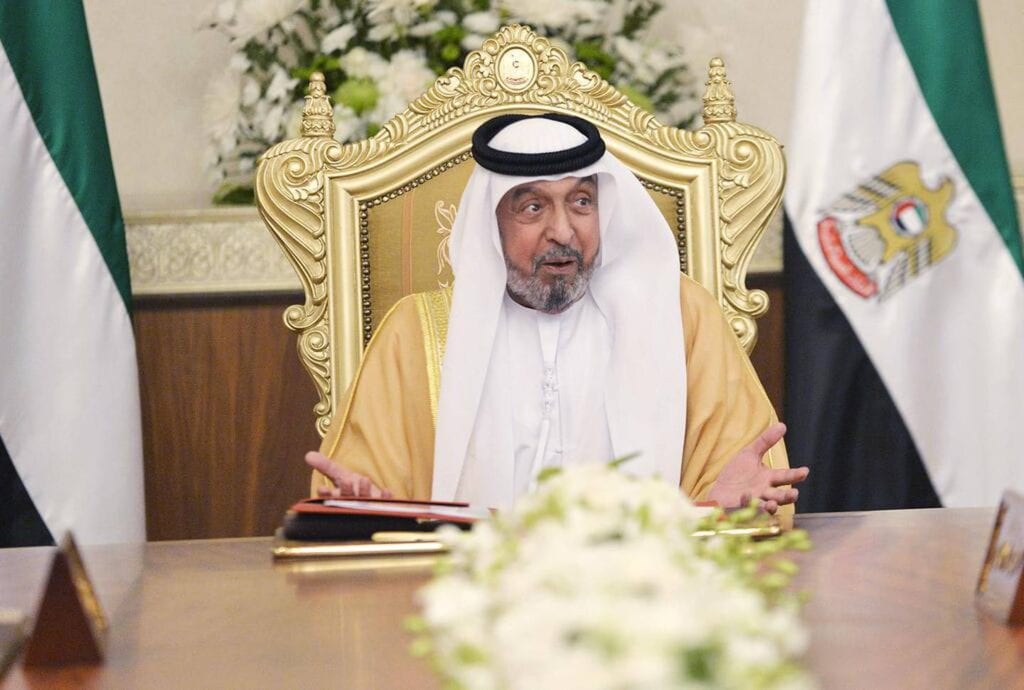 “Aligning with the United Nations Sustainable Development Goals, the UAE has pledged to leave no one behind,” she said in a pre-recorded speech to the European Institute of Innovation for Sustainability, filmed before the news of Sheikh Khalifa’s death was announced.

Previously she has stated that it is “our collective duty” to “lead responsibly and create a better world for future generations”, a motto that fits both her roles at Aurora50 and as founder and chief executive of the Alliances for Global Sustainability.

The UAE is observing a 40-day state mourning with the flag flown at half-mast, with work suspended at all ministries, departments, and federal, local and private entities for three days from 14 May.

After assuming power, the late Sheikh Khalifa launched the first strategic plan of the UAE Government to achieve balanced and sustainable development and ensure the wellbeing of UAE residents.

“Opportunities made to women… are, in fact, the nature of things.”

He was passionate about empowering women. “Opportunities made to women are not dictated by favour or legal preference,” said Sheikh Khalifa. “They are, in fact, the nature of things.

“The Emirati woman, before being a minister or deputy, is a mother, the head of a family, she is hard-working, a doctor, a teacher, a poet, a writer, a contributor to social activities.”

His father Sheikh Zayed, was equally passionate about gender balance, saying: “Nothing makes me happier than to see women assume their rightful role in society and fulfil their potential.

“Nothing should stop the progress of women.”

“Nothing should stop the progress of women. They have equal rights to men in assuming top positions that befit their abilities and qualifications.”

During Sheikh Khalifa’s time as the nation’s president, the UAE has:

Sheikh Khalifa never lost sight of his overriding commitment to the wellbeing of his citizens, as pledged during his first National Day address.

The nation mourns its second president, and Aurora50 extends its heartfelt condolences to the Al Nahyan family and the UAE people.