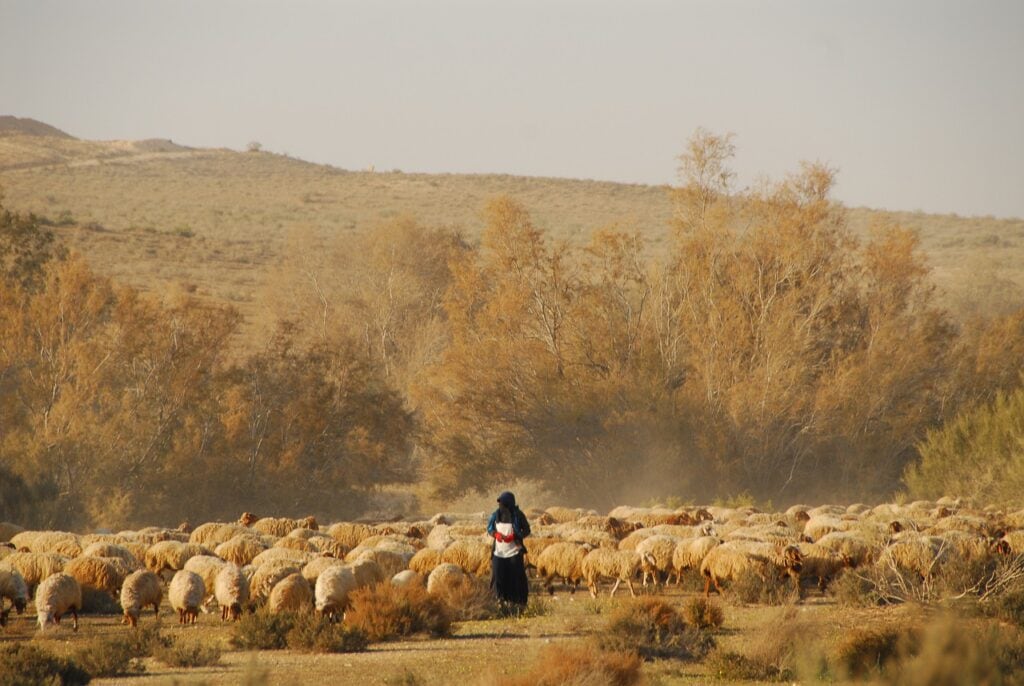 To become a board director you need, above all else, to be competent. We only need to look to the Quran for two parables where prophets were chosen, first and foremost, for their competencies rather than for character traits.

When Moses, Musa (PBUH) in Arabic, arrived in the town of Madyan after fleeing Egypt, he found two women reluctant to take their flock of sheep to the watering hole, for fear of them getting mixed up with the male shepherds’ flocks.

The Quran describes it this way:

“And when he came to the well of Madyan, he found there a crowd of people watering [their flocks], and he found aside from them two women driving back [their flocks]. He said, ‘What is your circumstance?’ They said, ‘We do not water until the shepherds dispatch [their flocks]; and our father is an old man.’

“So he watered [their flocks] for them; then he went back to the shade and said, ‘My Lord, indeed I am, for whatever good You would send down to me, in need.’”

Storehouses of the land

Later, when Moses (PBUH) was called to see the father of the two sisters he had helped, he told the old man his story. One of the daughters suggested her father employ him:

“One of the women said, ‘O my father, hire him. Indeed, the best one you can hire is the strong and the trustworthy.’”

In contrast to this, when the Prophet Joseph, or Yusuf (PBUH) in Arabic – one of the 12 sons of Jacob (Yaqub) (PBUH) – was released from prison in Egypt, he was brought before the king and asked to be put in charge of the ‘storehouses of the land’ – that is, to become the country’s top banker or finance minister.

This is how the Quran describes the scene:

“And the king said, ‘Bring him to me; I will appoint him exclusively for myself.’ And when he spoke to him, he said, ‘Indeed, you are today established [in position] and trusted.’

“[Joseph] said, ‘Appoint me over the storehouses of the land. Indeed, I will be a knowing guardian.’

Although this translation references him as a ‘knowing guardian’, in the Arabic text of the Quran, ‘Hafeedth’ (responsible guardian) and ‘Aleem’ (knowing or with vast knowledge) are used. So the Quran makes reference to ‘guardianship’ before the competence of knowledge.

“And thus We established Joseph in the land to settle therein wherever he willed. We touch with Our mercy whom We will, and We do not allow to be lost the reward of those who do good.”

So for Musa (PBUH), the key recommendation made of him by the women at the well to their father for work as a labourer was that he was strong – then trustworthy.

But for Yusuf (PBUH) to become a key banker, responsibility as a guardian was most important, even before knowledge.

Core competencies were different but came first for both prophets in these two parables, as they should for board directors.

In this part of the world, appointments are traditionally made to boards of the “good guy”, who comes from a good family.

He might be trustworthy and come from a good family – but that doesn’t mean he knows much about being a board director.

Trustworthiness is important, but competence is critical. You obviously don’t want someone crooked but, before you hire the ‘good’ person, you want the most competent one.

The Institute of Directors states that the board’s key purpose is “to ensure the company’s prosperity by collectively directing the company’s affairs, while meeting the appropriate interests of its shareholders and relevant stakeholders”.

There has been a tectonic shift in boards in the past 20 years, from golf club buddies to fiduciary duties.

Back in February, Boeing’s shareholders filed a lawsuit against the company’s board of directors, arguing that the board neglected their duty of oversight by failing to hold Boeing accountable for safety, with two 737 MAX airplanes crashing in 2018 and 2019, killing 346 people.

Note that competency, again, is at the top of the list.

Chartership: the seal of approval

One of the reasons I wanted to become chartered, other than it being a seal of approval, is that it would teach me more about the process of governance; my doctorate was also in corporate governance and leadership.

Competency is key to the eight or so members of a board. Women aspiring to join boards should build up their skills toolkit: industry, board and committee experience, specialist skills such as risk management, mergers and acquisitions and cyber-security experience and contacts.

Gaining experience from a variety of board committees widens skills. The more you have in your toolset, the more attractive you become.

Dr Waddah Ghanem is a fellow of both the Board Directors Institute – GCC (BDI-GCC) and the International Institute of Risk and Safety Management (IIRSM). He is a senior director of logistics and marine assurance at ENOC, Dubai, UAE. He has also served on several local and international boards, including the UK Energy Institute. He was vice-chairman of Dubai Carbon for nine years and is the honorary chairman of the Energy Institute Middle East.