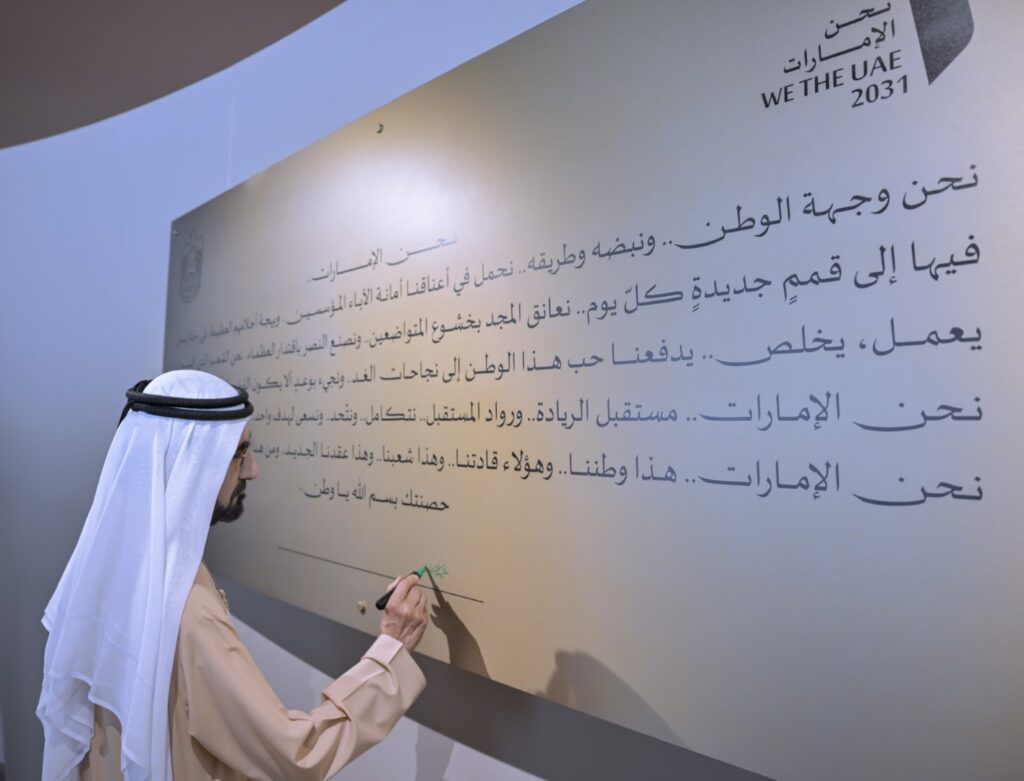 HH Sheikh Mohammed bin Rashid Al Maktoum, Vice President and Prime Minister of the UAE and Ruler of Dubai, said of the 2031 plan: “The UAE will maintain its position as an economic destination…

“Economic prosperity, social wellbeing and development of human capital will be the main pillars of the next 50.”

Maryam Al Hammadi, Secretary-General of the Cabinet, said that there was a “new vision for the legislative process”.

A number of major legal reforms have already taken place in recent years, such as changes last November to allow investors and entrepreneurs to establish and own onshore companies in almost all sectors.

The goal of this is to grow the industrial sector to Dh300 billion, in line with Operation 300bn, an industrial strategy announced in March that allows for 100 percent foreign ownership of projects, among other reforms.

Mohammed Al Gergawi, Minister of Cabinet Affairs, said a “new culture in government, based on flexibility, proactive, integration and realism at the federal and local levels”, and a “positive role maintaining peace and stability”, will be crucial.

Goals: Achieve “qualitative leaps” in climate neutrality; consolidate the UAE’s position as an innovation hub in sustainability, science and technology.