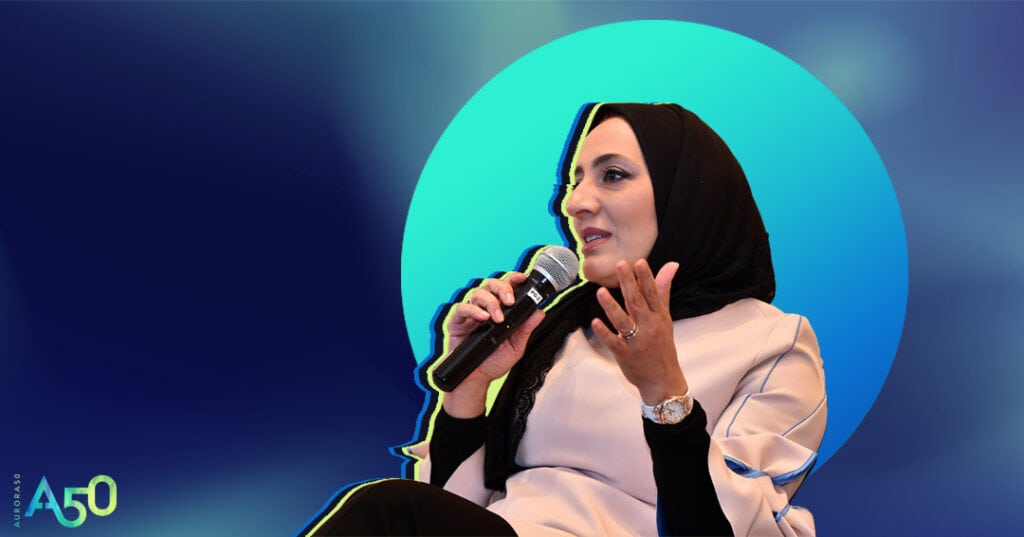 Amani Bouresli, formerly Kuwait’s Minister of Commerce and Minister of Planning and Development Affairs, has been a professor of finance at Kuwait University’s College of Business Administration since 1988 and has over 30 years of experience in training, consulting and banking.

Ms Bourseli is a board member of Ithmaar Holding and IB Capital Board of Directors in Bahrain and Faisal Islamic Bank in Egypt, and was a board member at Kuwait’s Burgan Bank from 2010-2011.

Prior to her ministerial roles, she was chairman and founder of Capital Standards Rating, Kuwait’s first independent credit rating agency. She is a member of Manarat, Aurora50’s invite-only club for regional women directors on listed boards.

I was a middle child, with five siblings and we were raised in a traditional family and inspired by my father, who highly believed in education. He treated us equally and had huge confidence in us all from a very young age.

I studied in Kuwait until I earned my bachelor’s degree in finance and banking from Kuwait University, gaining high honours. I continued my higher education in the US, getting my MBA from Seattle University and later my PhD degree in corporate finance from the Southern Illinois University at Carbondale, Illinois.

I started as a banker at Kuwait National Bank in 1987. I spent two years there then pursued my master’s degree before joining Kuwait University as a professor of finance.

How did you get your first board role?

Thanks to my experience in market regulations, I was invited to serve at Burgan Bank in Kuwait in 2009. Then in 2015 I served as a board member at Ithmaar Holding Company (Ithmaar Bank) and IB Capital in Bahrain.

What have you learned from your board roles?

The presence of a woman on the board brought a difference approach in thinking; I am sure that having a woman will always add value to a board and its culture. Boards have given me real-time exposure to the market and added value to me as a professor of finance.

Do you set yourself goals in life?

Yes, I do. Without proper planning, setting challenging goals on a personal level or in your career, there can be no achievements.

What’s your motto in life?

I have two. “Work hard in silence. Let success make the noise” and “The best way to predict the future is to predict it.”

How will you be spending your National Day?

Resting, enjoying activities and shows organised by the government.