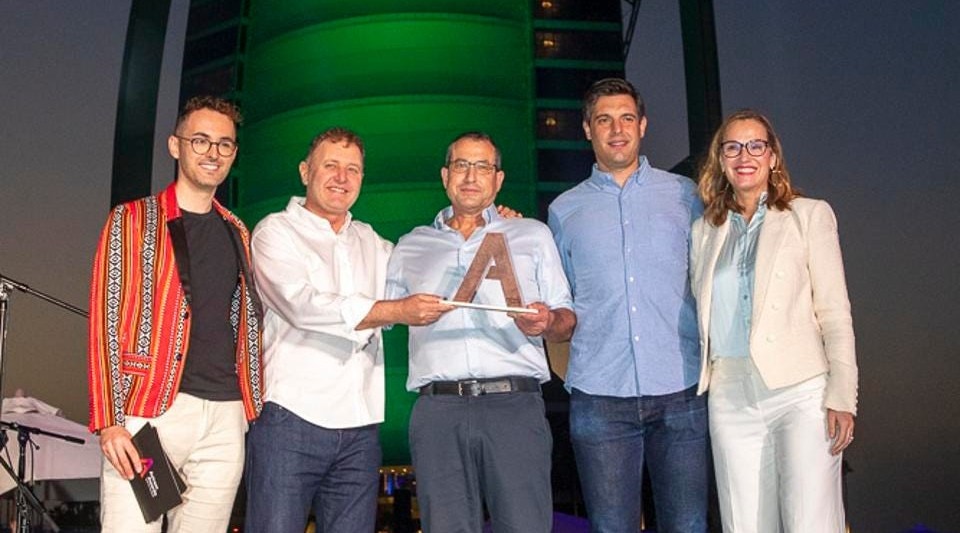 I was delighted to judge the inaugural Aviram Awards – Tech for Humanity in April, for regional entrepreneurs and start-ups looking to drive change through technology innovation.

The awards were run by Forbes and the Aviram Family Foundation and the grand prize was a hefty $0.5 million.

We picked Ari Gargir, the chief executive of RedC Biotech, as the winner of the top prize – a sum of money that can really make a difference to an entrepreneur.

Israel-based RedC Biotech is developing an industrial process to produce universal red blood cells – suitable for transfusion to individuals of all A-B-O blood groups – for blood transfusions and advanced therapies.

We discovered during the judging process that Mr Gargir had personally experienced the need for a blood transfusion and limited availability from blood banks.

Thirty years ago he had a paragliding accident, was airlifted to hospital and needed a blood transfusion during emergency surgery.

RedC Biotech, we decided, was solving a critical need with a clear value proposition and business model. The live, on-stage pitch and impact were compelling: this is a market worth $20 billion globally.

The Aviram family are inspiring, with their focus on innovation, business resulting in social benefits and technological literacy.

Ziv Aviram, the family foundation’s founder and president, is co-founder of autonomous vehicle technology firm Mobileye (sold to Intel in 2017 with a $15.3 billion valuation) and OrCam, a wearable assistive device for the blind and visually impaired.

I am thrilled by the tremendous commitment of the entrepreneurs who have taken ideas, developed them, and have in their power to create a new life reality that will improve the world present and future.

More than 600 start-ups from all over the Middle East, including Israel, Jordan, Egypt, the UAE, Saudi Arabia, Bahrain, Morocco, and Algeria, entered the competition from a variety of fields such as education, health, environment, transportation, sanitation and community.

To qualify, start-ups were required to be a viable high-tech business with an established concept that positively impacts humanity, less than $5 million in total revenue since inception, and to be based in the region.

As an impact entrepreneur myself, it was an honour to spend time with fellow entrepreneurs and venture capitalists who all believe business can be used for the benefit of society.

My fellow judges were:

Mr Aviram said: “I am thrilled by the tremendous commitment of the entrepreneurs who have taken ideas, developed them, and have in their power to create a new life reality that will improve the world present and future.”

The competition will take place annually, to provide a springboard for long-term growth for entrepreneurs and make their ideas a reality.

If female founders do not get funding, they generally won’t reach the investment level to have or sit on a board of directors.

What does all of this have to do with Aurora50? Well, start-ups have boards of directors too – normally once they’ve raised their first round of funding.

The board generally consists of the founder/s, one of the funding venture capitalists and independent board members.

If female founders do not get funding, they generally won’t reach the investment level to have or sit on a board of directors.

According to PitchBook, only two percent of global VC funding went to women-led start-ups in 2021, even though it was a record year for investment.

These women entrepreneurs could add so much value and diversity to a board. Yes, they could still join a board, but they are less likely to find future board opportunities, as other founders want experienced directors.

So we consider it vital for women entrepreneurs to get savvy about funding – and about the impact their start-up has on the world.