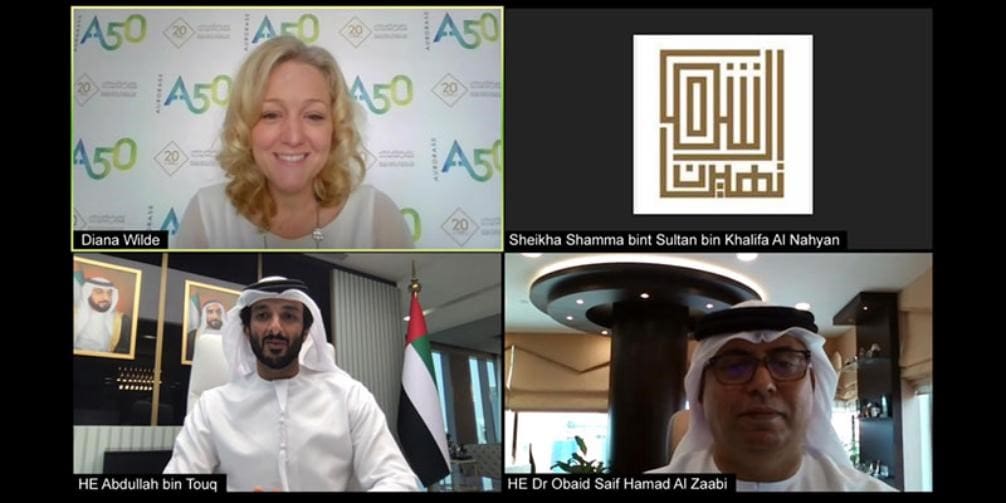 Abu Dhabi, UAE — 26th August 2020: Aurora50 celebrated the successful conclusion of the inaugural Board Summit, organised under the patronage of Sheikha Shamma bint Sultan bin Khalifa Al Nahyan, which attracted over 500 participant registrations from minsters, seasoned board directors and aspiring female board talent.

Organised in celebration of Emirati Women’s Day, in reference to this year’s theme — ‘Preparing for the next 50 years: women are the support of the nation’, The Board Summit enabled discourse on increasing female representation on UAE boards over the two-day virtual event.

Sheikha Shamma bint Sultan bin Khalifa Al Nahyan, Co-founder of Aurora50, opened the event with an inspiring address, where she emphasised: “Women are, and will remain, one of the most valuable resources in shaping the future of our nation. It is the responsibility of every organisation to realise this untapped potential and empower these talented individuals to take on the positions that will help them make a difference. On the eve of our Golden Jubilee, as the United Arab Emirates charts its course for the next 50 years, we have the opportunity to achieve so much more and to truly impact change where it matters.”

As part of his keynote address, His Excellency Abdullah BinTouq Al Marri, UAE Minister of Economy and Chairman of Emirates Securities and Commodities Authority (ESCA) iterated: “The UAE’s Vision 2021 clearly reflects the commitment of the UAE government and leadership to improve gender parity as a means to achieve progress. This year’s Emirati

Women’s Day theme also underscores the importance of our country attaches to tapping into the value of diversity and inclusiveness to bring about a systemic change to boardroom environments. In light of the current circumstances, it is even more important to expedite the development of women and enable them to assume leadership and board directorships, which in turn is needed for good corporate governance and economic sustainability. Through the implementation of the recently announced flexible package and its plan of 33 initiatives designed to advance the UAE’s economy and boost its business competitiveness, we look forward to creating more promising opportunities for Emirati women.”

At the event, Sheikha Shamma bint Sultan bin Khalifa Al Nahyan also announced the signing of wide-ranging cooperation between the Emirates Securities and Commodities Authority (ESCA) and Aurora50 outlining areas for cooperation to increase the representation of women on UAE boards.

H.E Bin Touq explained that the signing of the memorandum contributes to accelerating the efforts to empower women economically and enhance their participation in the boards of directors of public and private sector companies, in line with international best practices. These will enable them to play an active role in economic activities and society in general, and allow Emirati women who have proven their leadership and success across diverse sectors to participate in the formulation of policies, strategies and economic decision-making in the corporate and business sectors.

Areas for cooperation between the Aurora50 and ESCA will include the organisation of training programs in stock markets and the financial services industry; sharing statistics and exchanging information, expertise, and research; organising specialised conferences, seminars and workshops; as well as a collaboration towards qualification, education and awareness.

Several other partnerships were also announced at the event, including the signing of Mubadala Investment Company as a ‘Founding Partner’ and First Abu Dhabi Bank (FAB) as a ‘Corporate Partner’ to the 20 for 2020 initiative.

The `Manarat — Women on Boards Network’ has been specially designed to foster nurturing relationships between current female board directors and high-potential and competent female board talent.

Reflecting on the formation of the network, Sheikha Shamma bint Sultan bin Khalifa Al Nahyan remarked: “What began as a conversation with a select group of female directors holding board seats on locally – listed companies, has materialized into a tangible reality that provides female board members with the opportunity to support each other and empower other competent women who aspire for board careers. Many of these women only hold 1 board position and so there is an opportunity for boards to source and interview these women for possible seats in the future.”

Manarat, which is Arabic for ‘lighthouses’, reflects the group’s intent to act as guiding lights to competent women who are working towards building successful board careers.

Laura Gerstein, Chief Employee Benefits Officer at AXA Gulf, who is part of the `Manarat- Women on Boards Network’, added: “In the last five years, we’ve seen more women rise to the top levels of companies. Nevertheless, to achieve gender balance on boards, we recognize that exposure, networking and communication of successful experiences is as important as it is to develop skilled female professionals. Manarat — Women on Boards Network comes to build on top and complement the relevant progress made in the UAE to advance gender balance among executive levels.”

The CEO of UAE markets regulator the Securities and Commodities Authority (SCA) on limitless learning, critical thinking and the importance of law to running any area of business. 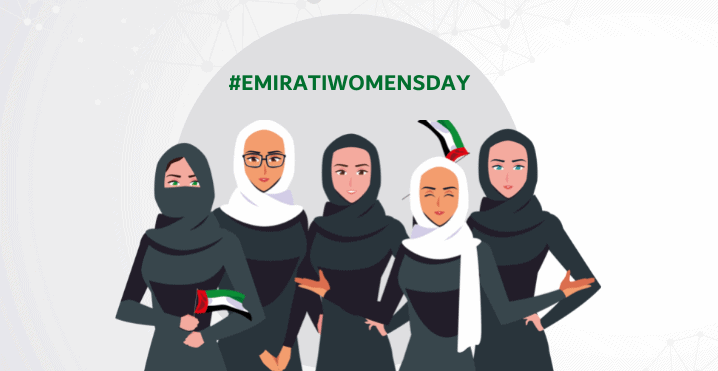 For Emirati Women’s Day, Aurora50 asks five women how they were raised, what they studied, how they made it to the top - and what they advise tomorrow’s female CEO

Natasha Hannoun, head of debt at asset management and investment banking firm Shuaa Capital in Dubai, and board director of Pure Harvest Smart Farms, on her path to company boards.